In the world of travel, there a number of top-tier items that are viewed as defining luxury travel: the safari experience is certainly one, five-star hotel suites are another that fit into this bracket.

In terms of the mode of transport itself, a luxury cruise fits into the top tier of the pyramid for many, but not all, with some finding the concept of spending a week stuck on a boat – however luxurious it is – suffocating and off-putting. No, the mode of transport that universally has tongues wagging and eyes agog is business-class travel. The concept of turning left instead of right once aboard an aircraft is a rarity and a privilege that is experienced by just a few on a regular basis: those with exceptionally large wallets or generous employers. For most it’s the definition of aspirational and remains an area of travel that has maintained its allure – and price tag – in the face of low-cost airlines, car hire and hotel options.

But what is it actually like to take the step into business? We here at TravelTimes.ie did the hard yards for you in an effort to find out the required info and fill you in on what you might look forward to should you get the pleasure.

We flew direct from Dublin to San Francisco on an Airbus A330-200 series with Ireland’s national carrier, Aer Lingus, part of International Airlines Group, and one of the world’s four-star airlines according to Skytrax – the airline and airport review and ranking and review consultancy, to draw a sketch, for the uninitiated, of how the big rollers do things when they kick back for long-haul travel.

The first element of life in the big leagues commences before one has even left the ground, in the form of airport lounges. Gone is the usual habit of buying a ham and cheese sambo and a Diet Coke and slouching back into a hard seat in a public area, no, you’re high rolling now.

Aer Lingus offer the 51st and Green Lounge for those setting off from Dublin to the US; that is after first making it through US Preclearance, with Homeland Security vetting you for travel on Irish soil, thereby making the exit time at your arrival airport all the smoother.

One our return from SF International Airport, the United Airlines Club Lounge at Gate 98 provides Aer Lingus passengers with their pre-flight relaxation options; the range of healthy eating options at this particular lounge impressed us.

51st and Green itself offers a lot and by world standards is a quality lounge. We particularly like the fact that the lounge is built onto the tarmac at Dublin Airport, with a 180-degree glass window giving a direct view out across the runway; the lounge is also at quite a low eye-level in relation to the planes, giving you a fantastic vantage point of the aerospace action unfolding outside; this is all encased in a bright and white interior – no drab and dated interior design on display here. The service is rounded out with a buffet-style menu as well as lounger seats, dining area, and Wi-Fi for guests. Particular highlights are the quiet workspace units if you need to do some last-minute business and also the availability of pre-flight showers. The Irish breakfast is also one of the best available in Dublin Airport.

Once one has gone through boarding, and taken that oh so desired step to the left, in reality a world of joy truly does await you. You won’t find dancing unicorns with rainbows for necklaces, but it’s not far off. Aer Lingus’ hospitality reputation in the industry is up there with the best of them and after our ten hours onboard our trans-Atlantic journey we give it a firm thumbs up.

Having settled into one’s seat, first up is champagne and/or orange juice, along with a selection of hors d’oeuvres.

As the bubbles begin to take effect, one can entertain oneself by examining the plethora of seating options and other techy gimmicks at your disposal.

The seat is a fully-reclining one (out flat out it comes to 2m or 6.5 feet), which just makes us happy every time; it is the single biggest advantage of business class that turns a long-haul flight from an endurance test into an experience to savour, as one can simply adjust to your time zone upon boarding the plane, and get some sleep according to said time zone.

Of course, if you just want to recline, with legs up and back resting, you can also do this, while checking out the onboard entertainment system. There is also a massage option built into the chair; we found this to be a little too intense and the movements a bit jolting to be honest, that said, it’s a nice option to have.

In terms of that entertainment system, to save oneself the extreme effort of merely having to lean forward, there is a remote control built into the armrest – a very nice feature, made even nicer by the flap that covers it, so as not to interfere with the sleekness of the chair design.

A plug, USB connection and headphone connector are also built into the chair, to the right of one’s head. Ergonomically they can be a little bit hard to access when back in recline mode, but it’s a small gripe.

The onboard kit is fairly standard, with toothbrush and toothpaste, socks, eye mask, earplugs and two peppermints. The addition of VOYA skin products is a nice touch, however.

There is a coat hook to the immediate right of each 16” screen, which is handy for access instead of using the overhead locker. There is also a smaller stow compartment for wallet, keys, phone etc, as well as laptop and shoe compartments, and a hatch for storing a tablet, located immediately underneath each seat’s entertainment screen.

Wi-Fi is also available onboard and free for business-class customers, with a download capacity of 400MB per passenger; sitting back and checking the latest sports news online never felt so decadent as when flying at 40,000 feet – trust me.

The food is perhaps the second-best element of being a business-class traveller, after the onboard bed. And brings you from the humdrum offerings in economy to a totally new level of dining experience.

The menu tantalises with promises of foie gras, finest Irish beef, homemade strawberry jam, and blue cheese from Tipperary. And for the large part, this menu delivers.

As a main on our route to San Fran, there was a choice of French-trimmed roast chicken, creamy gratin potatoes and seasonal vegetables; Irish fillet of beef served with a rich demi-glace of Guinness and rosemary potatoes; or spicy arrabbiata prawns with basil risotto and seasonal roasted vegetables.

The menu could be conceived to represent a silk purse out of a sow’s ear, but it’s not, it’s in fact, good food. Travel Times opted for the beef. The accompanying rosemary spuds were perfectly crisp and flavoured, the steak was okay. Getting beef right is extremely hard as those little chunks of cow are so easy to dry out with overcooking. Anybody who has eaten beef at a large function – which a flight essentially is – can tell you that. It can be hit and miss in terms of succulence. This was a reasonable effort and given the kitchen environment even more respectable.

The desert option was of a similar calibre: chocolate orange marble cake; or Cashel blue cheese with sweet plum and apple chutney. Both were faultless and restaurant quality.

Pre-landing, a light snack was served, consisting of egg and rocket on white bread and roast beef on brown. Accompanied by scones, lathered in clotted cream and Helen Gee’s strawberry jam.

A red wine card of Peloponnese Nemea Reserve 2014 and an Argentine Bodegas Francois Lurton 2013 both fared well in the taste test. The white options consisted of a French Les Aureliens 2018, Domaine de Triennes, and an Italian Vespaiolo ‘Savardo’ Breganze 2017.

On the return flight from SF, we were greeted by an entirely different menu, which is always refreshing, and a good sign of the diversity of the airline’s output.

The herb-roasted chicken main was accompanied by an asparagus risotto, Shimeji mushrooms and creamy asparagus sauce and Parmesan; the chicken itself was again a bit dry, but the risotto was the best item we ate onboard both flights.

An Irish breakfast is available prior to landing; it isn’t of the same standard as the one served in 51st & Green, but is a welcome taste of Ireland before one has landed none the less. Other lighter breakfast options are also available.

For those yet to try business class, our recommendation is to spy out an opportunity to do so, via the best available price, and go for it. The large majority of travellers are not going to get the opportunity to do so on a regular basis, but it is so worth the extra injection of cash, at least once in a lifetime. A honeymoon jumps out as a trip that would be fitting of such a lavish indulgence.

Aer Lingus also offer a very cool bid for an upgrade system, where you lodge a bid and then the airline decides if they’ll accept it based on availability etc. See this link for more: https://www.aerlingus.com/plan-and-book/plan/upgrade-yourself/

Aer Lingus’ offering stands up very favourably compared to other large carriers that Travel Times has travelled with, and the Irish reputation for good hospitality is very much part of the success of the experience. The airline also offers a small business class revival lounge in the arrivals hall, with showers, coffee and snacks, to send you on your way: this can be a godsend after a long-haul flight.

Prices for trans-Atlantic from Ireland start at €909 from Shannon or Dublin to New York (JFK). Dublin to San Francisco starts at €1,229. Again, this price compare very favourably to other carriers. Fares are each-way including taxes and charges, when booked as a return trip. 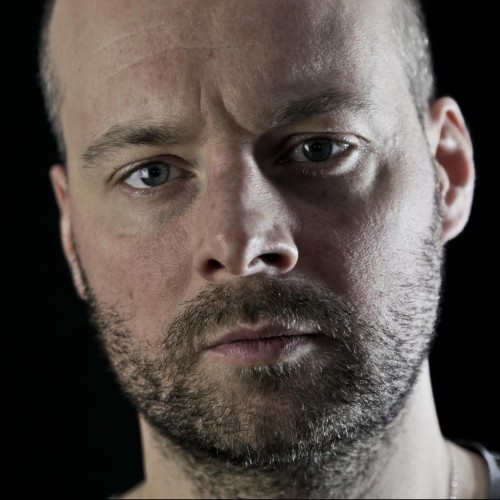 All You’ll Want in Nantes